Russky was filmed on the waterfront of Sausalito and had many local boat
dwellers participate in the acting and making of this movie which is now very
rare and thought extinct. The video here was first filmed with pre VHS tape
off of a 35 mm image projected on a bed sheet, probably around the time
it was made. You will hear the people present for this bed sheet screening
commenting on the movie as they watch it. The basic plot is uptight business
man gets fired from his job goes to Sausalito, takes LSD and is reborn.  1971
Russky Theater Posters and Credits
﻿﻿﻿﻿
The Mud Wedding
Captain Garbage and Thunderpussy get married at The Tiltin' Hilton, Waldo Point ,
1960's, silent
﻿﻿﻿

﻿Waldo Point
Tour Waldo Point by foot and boat then visit Adam and Ale Aboard their vessels
anchored nearby and listen to them play music. A Redlegs jam session too. 1960's﻿
﻿Uncle Yanko

Jean "Yanko" Varda, legendary painter, collagist, teacher, bonvivant, sea captain,
boat builder, Partisan of /color, Pilgrim of the Absolute, Mythomaniacal Achemist
and citizen of the World, moved to Sausalito in 1947. He made the old ferryboat
Vallejo at gate 5 his studio where he worked and lived until he flew off to Mexico and
eternity one day in his 77th year. By then he had become a living legend and an
exemplar of the good life that could be lived in the beautiful ambiance of Sausalito.

﻿
Click to set custom HTML
Uncle Yanco by
﻿
Varda
Who is Jean Varda?
﻿
The Redlegs Story
Written and narrated by  Jeff Costello.
Click here to read The Redleg Boogie Blues by Jeff Costello
also www.theredlegs.com
The Last Free Ride
A re-creation of the 'Battle of Richardson Bay' Houseboat Wars
via SFBATA 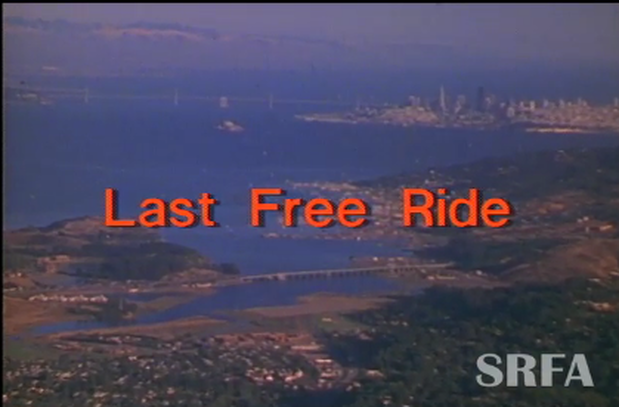 Real Houseboat Wars Newscasts
Developers vs boat folk on the evening News
The Anchorouts of Richardson Bay
Marin Community TV documentary about life on Richardson Bay and the continuing
animosity and vilification of  boat dwellers more than 15 years after the "Houseboat Wars"
Sausalito Boat People
Visit Ale, Ruffin and Mona aboard their anchored out vessels
Produced by German Television